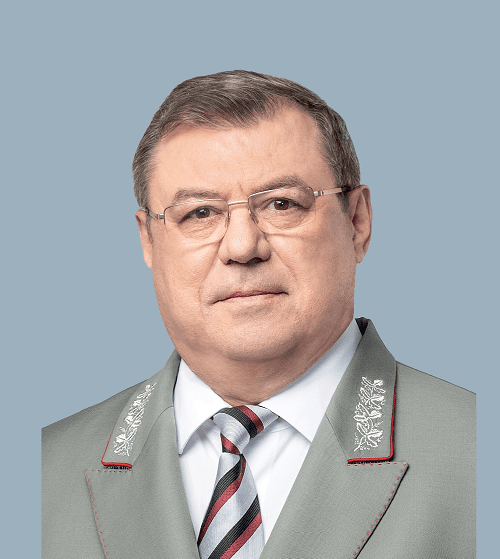 2019 saw a number of landmark events. In August, we completed the main phase of gauge conversion on Sakhalin. We have taken the first steps towards traffic control and further steps towards removing infrastructural restrictions as well as significantly improved the condition of the track structure, and are now working to renew power supply equipment. All development projects have supporting programmes in place. Large-scale investment projects are underway to ensure the necessary throughput capacities for prospective freight traffic. Our absolute priority is to increase the carrying capacities at BAM and Trans-Siberian Railway bottlenecks.”
Anatoly Krasnoshchek First Deputy CEO of Russian Railways

Key initiatives in rail transportation and infrastructure development include:

Repairs and upgrade of infrastructure facilities

Transitioning from region-based management of the transportation process to the operating domain–based planning and organisation of train traffic is the key area of the Company’s operations development. It boosts efficiency and helps to clearly separate unit functions and responsibilities.

Optimisation of the freight traffic schedule

The main function of the train schedule is to maximise the infrastructure efficiency for the required throughput and carrying capacity, ensure the target volume of freight traffic and increase the schedule and mean speed.

New technological solutions allowed the Company to increase the speed of transit freight transportation across the country. The average speed of transit container trains in 2019 stood at 1,097 km/day, or 17.8% above the target set in the Comprehensive Plan for Upgrading and Expanding Core Infrastructure (931 km/day).

In 2019, 710 locomotives were purchased under supply contracts with compulsory service during the life cycle. This scheme makes locomotive manufacturers more responsible for the technical condition of rolling stock, ultimately reducing downtime.

In 2019, Russian Railways retrofitted its locomotives with safety devices as part of the investment programme. Driver’s digital route sheet is implemented across the railway network.

Heavy-duty traffic and higher weight standards of freight trains are key to optimising the transportation process.

Russian Railways continues to develop heavy-duty traffic. Over the year, 162,700 trains weighing over 6 kt were dispatched, allowing for the transportation of additional 30 mt of cargo on the basis of the same infrastructure.

The Intelligent Railway Transportation Management System (IRTMS) is aimed at creating an automated centre to support decision-making enabling real-time process management, operation planning, and high-level modelling and forecasting. The project is still in progress, but certain subsystems already operate on parts of the network, including the October Railway and the Eastern Operating Domain.